Ali ibn Husayn (Arabic: علي بن الحسين ‎) (approximately 6 January 657 – 20 October 713) known by the honorific Zayn al-Abedin (The Jewel of The Worshippers), occupies a prominent position in Islam. He is also referred to as Imam al-Sajjad (The Prostrating Imam) and Sayyid as-Sajjadīn wa Raki‘in (Leader of Those who Prostrate and Bow). A great-grandson of Muhammad, he embodied the same virtues as his great-grandfather such as knowledge, eloquence, courage, generosity, and forbearance. Imam Ali was the son of Imam Husayn (the third Shia Imam) and Shahrbanu (the presumed daughter of Yazdegerd III, the last Sassanian King of Persia). Shias recognize him as the 4th Imam and one of the divinely chosen successor to Muhammad. A member of the Ahl al-Bayt, Imam Ali ibn Husayn devoted his life to teach people about various subjects by splitting the fountain of knowledge and wisdom. He is known for starting the re-establishment of the school of the Muhammad in Medina. And is seen as highly influential figure and revered by millions around the globe.

Imam Ali was born into the household of Muhammad. His father, Husayn ibn Ali, was a grandson of Muhammad and his mother was Shahrbanu (the presumed daughter of Yazdegerd III, the last Sassanian King of Persia). The location of Imam Ali's birth is debated amongst historian. Some historians state that he was born in Medina while others state that he was born in Kufa. According to Bāqir Sharif al-Qarashi, a historian and the author of "The Life of Imām Zayn al-Abidin (as)", states,

"I think that he was born in Kūfa. This is because the narrators and the historians mentioned that he was born two years before the death of his grandfather, The Commander of The Faithful (Imam Ali ibn Abu Talib). It is certain that Imam al-Husayn and his family were in Kūfa along with Imam Ali, The Commander of The Faithful, peace be on him. None of them lived in Medina throughout his succession (Caliphate)."

Similarly, the time and date of his birth is also heavily debated amongst historians and scholars. The majority believe that Imam Ali ibn Husayn was born on the fifth day of Sha‘bān in the year 38 AH on a Thursday (January 4, 659 AD). While other historians state that he was born on the following dates:

“He (Zayn al-Ābidin) was born weak and thin. Gleams as faint as dim worry appeared in his eyes. These broken gleams indicated coming grief.”

His childhood was composed of misfortunes and pain. In fact, his mother, Shāhzanān, passed away when he was still a baby.

"With this he established in his heart a temple beating with the feelings of piety and righteousness. They were active tunes directing him to kindness and good deeds. The first thing with which Imām Zayn al-‘Ābidin was received was the words Allahu Akbar (Allah is Great)! These words were printed in his heart and senses, so they became some of his qualities."

Upon hearing the birth of Imam Ali ibn Husayn, the household of Muhammad and companions near to the household of Muhammad were filled with happiness and joy. Furthermore, it is documented that on the seventh day after his birth, Imam Husayn sacrificed a ram for him in the ceremony of a‘qiqa, cut his hair, and gave silver or gold as equal to his weight as alms to the poor and needy according to the Islamic Sunna.

His face shined with the light of the prophets. Hence, his solemnity yielded their faces and foreheads.[1]Other scholars such as al-Shaykhāni al-Qādiri state,

“The beholders were fixed in gaze at the handsomeness of his face.”

“Indeed ‘Ali Zayn al-Ābidin has the qualities of the prophets.”

Al-Farazdaq, a great Arabian poet, described his solemnity in his ode stating,

"When he comes to touch the corner of the wall of the
Kaaba, it almost grasps the palm of his hand.
He takes care to be modest and he is protected from his terror.
He only speaks when he smiles."

As he aged, Imam Ali ibn Husayn became thin and weak. The reason being that he worshipped Allah constantly. In addition, the Tragedy of Karbalā drowned him in sorrow, grief, and pain. The sorrows accompanied Imam Ali ibn Husayn till he met the King of all kings (Allah).

He dedicated his life to learning and became an authority on prophetic traditions and Sharia. He is regarded as the source of the third holiest book in Shia Islam after the Quraan and the Nahj al Balagha: the Saḥīfa al-Sadjadiyya, commonly referred to as the Psalms of the Household of Muhammad. Al-Ḥusayn had many supporters such as Sa'id ibn Jubayr.

He traveled to Karbala with his father. He was the only son of Hussein ibn Ali who survived the Battle of Karbala in 680 C.E. because he did not take part in the battle due to illness.

He was poisoned upon the orders of Umayyad rulers who could not tolerate his presence and influence and like his uncle, Imam Hasan, and other Shia Imams who came after him, he was buried in Baghee cemetery in Medina. 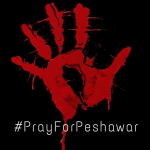