We're Getting Mutants in the MCU - The Loop

He was born on the 1st of the month of Rajab, 57th Hijra, in the city of Medina.Because of his resemblance to his great-grandfather he was named Muhammad, because of it that he analyzed the knowledge and made manifest its secrets he became known with the title of al-Baqir.

His life history can be divided into two parts:

Imam Muhammed al-Baqir was awarded the title Baqir al-'Ulum "Revealer of Knowledge" because of his ample religious and judicial knowledge and his enthusiasm to teach others. Imam Muhammad al-Baqir’s son, Imam Ja'far as-Sadiq, was his student and benefited from his knowledge. He founded the precursor of Shī‘ah jurisprudence. Many historians like Yakubi asserts that the Imam split open knowledge, that He scrutinized it and examined the depths of it so that it can be spread to all people truly and correctly. In his life of respectable and scholarly retirement at Madina, the Imam was frequently called upon to explain particular teachings in regard to Imamat. A synopsis of his teaching in the Ma’athirul-Baqir is given in Cannon Sell’s Ithna Ashariya, an interesting part of which may well be quoted, as it shows the emphasis at this early period on the intellectual and spiritual character of the Imamat.

While in Medinah Imam Muhammed al-Baqir continued with the progress of the schools of theology opened up on his advice and with the support of the companions of Ahlulbayt. It is noted by many historians that until the death of The 5th Imam there were 25000 students in these schools learning Fiqh, Theology and Islamic science. It was at this time that 400 books of Hadith were compiled by the students of these school under the guidance of Imam Muhammed al-Baqir.

During the Umayyad rulers

The Umayyad rulers harassed Muhammad al-Baqir for fear of his popularity and influence.This was the time when the early discussions and differences in the community surrounded the question of who has the right to rule. Numerous Shia individuals and delegations from Kufa traveled to Medina under the cover of the Hajj ritual to attend al-Baqir's teaching and to ask him specific questions.

Muhammad al-Baqir was poisoned by the order of Hisham ibn Abd al-Malik on 7 Dhu al-Hijjah 114 at the age of 57 years. His body was buried beside the graves of other Imams in the graveyard of Jannatul Baqee'. A saddle was presented to the Imam in which poison was applied most skilfully. When he mounted on it the poison affected his whole body. After few days in pain the Imam died on 7th of Dhu al-Hijjah 114 Hijri. 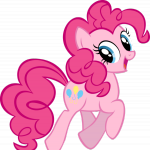